Thanks to st0ne's post in the Custom Sylvania ROM development thread, using the file naming pattern a SYNET7LP Hardware ID "hwver=11.2.1.8" 11.2.1.8.2.0_beta5.ius update file can be download even though the update server in not returning an update link when queried.

Substitute the "hwver" in the known update server GET command with the new file name to pull the InfoTMIC Update Wrap (.ius) file.

The update file appears to be the same image as shipped on newly purchased/repaired/replaced tablets. 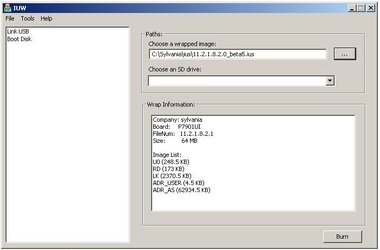 
Code:
Warning: Use this information at your own risk. It is being provided by users of the device NOT the manufacturer/distributor.

Note: The incorrect update file (*.ius) CANNOT / SHOULD NOT be burned to the device. If you can't determine the "hwver" attempting to burn with the identified update file may / will brick the tablet.
Last edited: Jul 6, 2011

so you think it would work on a sytabex7 mini taller express?

Sent from my Sytabex7 Tablet

Jv90 said:
so you think it would work on a sytabex7 mini taller express?
Click to expand...

thanks cfrockit; do you know if this update comes Whit the autorotation screen apk thats missing in this model?

I'm going to install right on to check it

Sent from my Sytabex7 Tablet

Jv90 said:
thanks cfrockit; do you know if this update comes Whit the autorotation screen apk thats missing in this model?

I'm going to install right on to check it

Moving your question to the SYTABEX7 thread to keep on topic. Please post your observations there so other SYTABEX7 can view.

So whats new with this Beta-5 edition?

giveen said:
So whats new with this Beta-5 edition?
Click to expand...

Without installing it, here's my approach to see what's different -

Note: The Linux folks do all those steps something like this:


Then after all this research, research and more research to see if anything is different and then post observations. 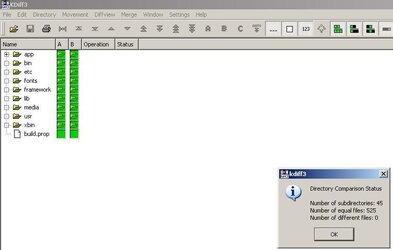 As only the Userdata image is of a different size, there seems to be no difference between beta4 and beta5.

Can this be used with the sytab10mt?

MuffinTopped said:
Can this be used with the sytab10mt?
Click to expand...

Yes, but really NO! While the system.img from this update could be installed by extracting the image using vio's IusEdit utility and burning with IUW.exe in USB Mode: Expert burn it will not provided much functionality. The internal and external memory locations are mapped differently therefore you can't mount the SD card to side load applications such as Root. You'll lose the cool 3D animation. The wireless function does not work it just shows scanning. This could be fixed by loading the correct /system/lib/modules/rt2070sta.ko however, without being able to gain root the system.img would need to be modified before installing. As of yet, no one has developed a method to build a custom system.img.

the method you just described is how I've been able to load Flytouch 2 system.img files on to my 7LP.

for Flytouch 2, they have been able to create custom system.img files, so it shouldn't be too hard. I had actually just assumed that you can mount the image files as loopback devices with yaffs support compiled into your kernel, or create a fs with the yaffs tools. I think Stragulus's git repository has it in the android configuration a method to create these as well. (if I'm not mistaken, TV is working on CWM with the people in the flytouch 2 forums?)

I think that maybe it's been taken for granted a bit too much that all infotm devices are massively different, but from playing with ROMs from other devices, I've found that most of the critical differences are in the kernel(and supplied modules) and sometimes some small changes to the ramdisk. the actual android build for these devic es seem to come from some simple template that InfoTM distributes to the various tablet makers. if we don't mess with uboot, use our kernel+mods, and our ramdisk as much as possible(most of the ramdisks looks about identical with a tweak here and there), we can run other firmwares with some tweaks.

well, the ZT180 actually is different, but I think Zenithink is responsible for that. sadly, I have not yet had a chance to build android for our tablet from the infotm configurations on github. with android's repositories being down for a while, not trusting anyone else's and not wanting to spend the time, I only briefly started when I first got my 7LP.

(btw, thanks to cfrockit and vio, with all the work everyone's already done, along with work from other tabs, there's tons of resources available for these things.)

if things aren't mounting quite properly, try loading the system with the original ramdisk for the firmware and the kernel that matches your tablet. it might be in a different place than you're used to it being mounted.
Last edited: Sep 21, 2011

TitaniumRat said:
the method you just described is how I've been able to load Flytouch 2 system.img files on to my 7LP.
Click to expand...

Welcome to this forum, awesome first post! We could use more detailed how-to's like yours based on experience. My limited experimentation with the various images has only with the "stock" infoTMIC system images just for comparison sake not as a daily build. We would (I really would) appreciate insight to your experience with a "Flytouch 2" image on a 7LP. There are so many, which one? Did you have to make any mods? What works? What doesn't? What's better? Thanks

Probably not as you don't want to burn the incorrect U0 image. Search the posts related to Disgo most seem to reference Hardware ID "hwver" 12.2.0.5 but a 2.2 update image has not been identified. Best to request from Disgo mydisgo - my music, my video, my documents. If you obtain an updated firmware please post.

all ready emailed them will get back to you when they reply.
You must log in or register to reply here.