Amazon is expected to launch its Kindle Tablet this week in New York and it&#8217;s a bit fuzzy whether the device is about targeting Apple&#8217;s iPad or defending against Barnes & Noble&#8217;s Nook.
The strategic positioning probably lies somewhere in the middle. 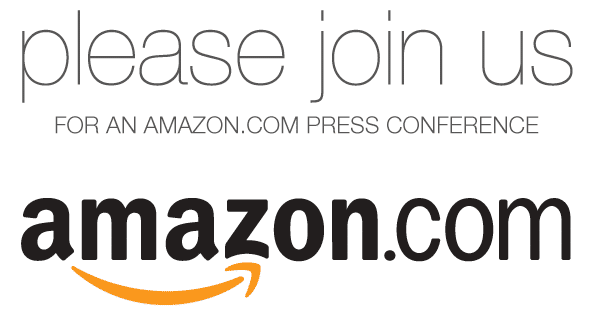 As for the offensive part of the Kindle Tablet launch, the moving parts go like this:

But Amazon&#8217;s Kindle Tablet is also about defense. The reality is that Barnes & Noble&#8217;s Nook is one popular Android tablet. While other companies have tried to launch direct iPad rivals, Barnes & Noble went the hybrid route. The color Nook is a handy Android tablet/e-reader.

Also: Barnes & Noble beefs up Nook Color&#8217;s tablet status with more apps
Amazon has to answer that tablet/e-reader bell.
Stifel Nicolaus analyst David Schick said in a research note that the Kindle Tablet is a chance to &#8220;return serve with refreshed devices.&#8221; It&#8217;s unclear whether Barnes & Noble can ultimately compete with Apple and Amazon, but it has fared well with its Nook color. The biggest threat to Barnes & Noble will come if Amazon aggressively subsidizes its Kindle Tablet to hit the sub-$200 mark.

Support Our Troops!!
Sent from an Incredible phone via Tapatalk

I can't imagine it going against the iPad in any serious way. It is definitely directly targeting the NookColor. I don't see it being able to keep up with the NookColor2, though...Specs unseen, it'll be an entire generation ahead of the Kindle Flame, so I'm looking forward to seeing them side by side by Thanksgiving. Black Friday is looking pretty exciting this year.

Well now we know, $199 dual core TI processor, 7" definitely targeting Nook Color. Although there are already reports that this is a stop gap to get a product out before the holidays and a iPad ful size tablet is expected early next year.

It fits for Amazon and Apple isn't their primary competitor. They also released a couple of new e-ink Kindles including a Kindle touch which seems very very similar to the Nook Simple Touch. Secure the book and media space first then go after power users with larger tablets.
T

This is definately a media consumption device, like the Nook color, although many clever people have made it so much more, and at its heart the iPad is as well. I think what's really interesting here is if Amazon can challange the iTunes store supremecy.

Why is this getting all the buzz?

does it not have an SD slot?

Basiclly at this point you are correct, it is a Nook Color a year or so late. The buzz is because it is Amazon and B&N isn't considered a real player in the device market, just a book store. For that matter the Nook Color still gets completely disregarded because it is clasified as an e-reader not a tablet. There is also specualtion that the Kindle Fire will be locked fairly rigidly to Amazon. Possibly meaning competeing servies like Netflix won't be available.

Once in a while you get some "tech savy" artilce saying that the Nook Color can be a decent low end tablet with some tweaks. These are usually not in mainstream media and usually written at a very general level. B&N sort of set is self up for this sticking to the e-reader classification but that may not be something they stick to hardily to for a Nook Color 2.

I still think the Nook Color is one of the best kept tablet secrets despite that it has sold millions and had to spread mainly by word of mouth.

Technically, with the dual core Tegra 2 it is potentially more powerful than the Nook, cheaper as well, and with gorilla glass, if I were looking for a color e-reader it would be a pretty easy choice. However, until someone roots this thing and more conventional Android roms become available, a person on a tight budget couldn't do much better than a dual boot Nook color.

Sent from my GT-P1010 using Android Tablet Forum
A

There is still much to learn. I do not know if the Fire has anything other than a charging port. They seem to want everything done over wireless. It may well be an attempt to keep the tablet from being hacked like the NC. Amazon must be selling the tablet at cost or maybe even at a small loss. They need these tablets to generate profits from the sale of content. I think they will be very successful in this effort. They seem to have spent a lot of time polishing the software to make it extremely easy to purchase content. The general public will probably buy these by the millions. Amazon is counting on it and it is a smart move for Amazon. Will this really compete with the iPad? Maybe. I suspect a lot of iPad owners will purchase the Fire too. Maybe give it to their kids to keep them off the iPad. I suspect the NC is more of a target. Amazon sells books and magazines like Barnes and Noble, but they also sell music, movies and just about anything else you can imagine. I don't see how the B&N can compete. It does not matter if the NC2 has better hardware and software. To most people a tablet is simply a consumption device. Making it easier to consume more content will be popular. B&N hasn't done much to lock out the hacking community because I think they realize that while we modify the NC, most of use continue to purchase content from B&N. We are an extremely small percentage of the buying public however. I hope B&N do well with the NC2. I do think it is going to be difficult. The Kindle Fire will sell well because it is not trying to compete with the iPad...just like the NC strategy. However, the Kindle Fire and the NC have major overlap in their target audience. Amazon is in the position of strength even though they are late to the party. I hope B&N can pull a rabbit out of their hat and find a way to not only survive but expand. It might take the market between the other two. B&N should make a deal with Netflix and maybe Hulu for the NC2. Anything desirable by the masses of consumers that is outside of the Amazon universe and Apples world. Here is hoping...

That sounds about right and would be a good strategy. One year later I would expect processing power to be more in line with what Amazon is offering for a Nook Color 2. For people like us who like to tinker and like more freedom with their deivce a Nook Color 2 at $250 would sitll trump the Amazon Fire if it gets the same processing power.

Going by current assumptions that the Nook Color 2 will stay easy to modify and the Amazon Fire will be failry closed the $50 difference would easily be worth it. Probably any price under $300 given those conditions would make it worth it though Amzon's price point will put more pressure on B&N to keep the price low.

I'm still waiting to see if any of the other sub $300 tablets announced will actaully make an appearance. They are more likely to make a play for my Nook Color 2 money than the Fire given what we know about it at the moment.

Even at a $50 premium the NC is the right tablet for me. The microSD slot with the ability to boot from microSD is well worth the extra cash. I just don't think there is enough of us to make a difference. I hope the NC2 really wows the audience when it is released.
A

I think the major difference between the NC and the Fire, regarding success, will be the publicity. The NC was hardly advertised at all as far as I could see (yet still sold millions). Yes there was an advert that ran for a few weeks but nothing like the huge advertising performance for the Fire. They had national TV news coverage whereas so many people I talk to haven't even heard of the NC and are usually surprised at how good it is when I show them. There won't that problem with the Fire. Good grief, Amazon are even touting it as competition for the IPad when it clearly won't be.
IMHO, the NC is better overall (biased, I know) for one important reason, it has the uSD slot. In all other regards, they're very similar.

I wonder how many ipad users use their ipad to do more than the Fire will be capable of? I know I tried to use mine for more than it can do, true multi task, document writing , uploading, etc and ended up going with a Tab to handle my needs but many use their ipad for web browsing , email , reading, and games without much more usage and if given the choice to do that for $200 vs a minimum of $400 of an ipad (or Galaxy Tab) it could be price wins the decision, making a dent in ipad sales. I think marketing will be the biggest factor in the target audience

Support Our Troops!!
Sent from an Incredible phone via Tapatalk
You must log in or register to reply here.

[News] NOOK Color to be Sold at Staples