Anyone tried to use their android tablet with a portable projector??

I got my android tablet in a few days ago after I returned the random one I got off ebay.. and its been a nonstop frenzy of app downloading

I asked to see if a micro projector would work with an android tablet... and the consensus was yes as long as the projector has hdmi.

Question is has anyone tried it?? My aaxa tech m2 projector came a while ago but I have been hesitant to try it out. I don't want to mess anything up on either the projector or my tab.

So its more of a curiosity thing..

I took my hesitation and threw it out the window! I couldn't resist seeing how it would look if I hook my android tab to a projector. It's not super crazy hd quality, but it's still pretty cool for what it is. I snapped a few quick pictures. 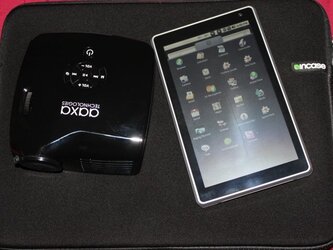 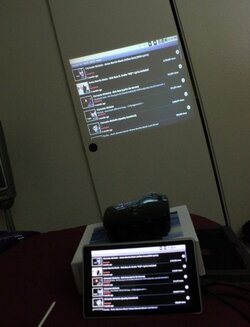 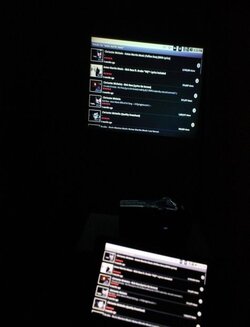 sweet thanks for sharing
H

i was looking to do the same thing. do you know what the resolution is on the tablet?

I plugged my X5A into the projector at work. It has a HDMI connect. It worked great

What if you don't have the HDMI port? I suppose there will be a USB adapter for video output eventually, like the Palm had. I actually saw a video presentation made with a Palm.

There is a USB to HDMI and SVGA and DVI. The problem is I have no idea if compatible with a tablet. The worst part is these converter/adapters are NOT cheap. $60 or more to as high as $140USD.

e, you'd be better off upgrading to a better device, or buying one with HDMI in the first place.
H

does the video out on androids only work for certain applications like the ipad? or does it duplicate what is on the tablet

Anything on the screen is my experience
T

Hey guys, my friend showed me this post and I made a quick video on YouTube since there were only pictures in the thread earlier, hope you guys likey.

hey guys! i just picked up a transformer tablet and joined here to find tips a tricks.

i was searching for hooking it up to projectors and came across here...

i also have an aaxa M2 micro projector i was so stoked on the ease of connectivity that i spazzed out and made this little video...