Apple has stooped to an all new level of legal venom. Today they filed two new separate complaints designed to kick Android in the... teeth. One is against HTC and the other is against Samsung. First, they filed a new complaint with the ITC to seek a ban on the importation and sale of all HTC devices. Furthermore, they want all current HTC stock to be pulled from shelves. Just last week the HTC One X and it's Sprint variant, the HTC EVO 4G LTE were held up in customs because of a small legal Apple had victory over at HTC. Eventually, U.S. Customs came to the conclusion that the phones did not violate the HTC patent, and were allowed to pass. Apparently, Apple doesn't agree with this assessment. Here's a quote with more details, followed by Apple's attack on Samsung,

HTC claims it has made the necessary adjustments to avoid violating a previous ruling in relation to Apple patent #5,946,647, and the actions of customs seem to agree. But Apple obviously still believes HTC is infringing on their intellectual property. We&#8217;ll have to wait and see how this one plays out.
Click to expand...

Apple didn't stop there today. They also brought a motion against Samsung, calling for a ban on the Samsung Galaxy S III. Apparently, they believe that the SGS3 violates the same patents that the HTC phones do, and that Samsung's new S-Voice is too much like Siri. Here's a quote with the details,

Samsung might have been right when it said lawyers didn't design the Galaxy S III, because it's in legal hot water again. Apple has moved to add the new Android 4.0 flagship to the same request for a preliminary US ban that would stop the Galaxy Nexus. Cupertino believes the Galaxy S III violates at least two patents, one the data tapping patent that's also being leveled against HTC and the other a unified search patent that covers Siri; not surprisingly, Apple isn't keen on that strangely recognizable S Voice interface.
Click to expand...

I don't even know what to say anymore. It seems like such a monumental waste of time and money, to just give extra press to their competition. I just throw my hands up in disgust...

Great picture I don't get it either even if Apple wins all of the battles this strategy cannot win the war. Competing devices to Apple's exist and they are not going to go away no matter how much Apple sues. The very best they can do is spend tons of time and cash to delay inevitable competition.Why don't they just patent breathing and then take out everybody who breathes without owning Apple products. What good can any of it possibly do them?

Haters are going to hate.

With all the great people in this country without a job, Apple should and could find some good replacement for whoever is taking the "let's sue this, let's sue that decisions" right now.

Apple, who tried ripping off the Beatles, came to an agreement then violated it bigtime, seems always to be suing other people. I can see why Android is coming on so strong.

Should Samsung sue Apple? It sure looks like the new iPhone is going to be a rip-off of the SGIII. 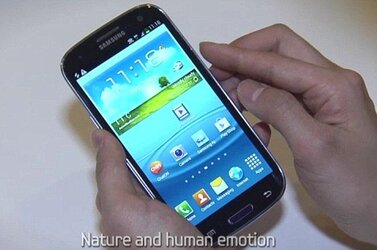 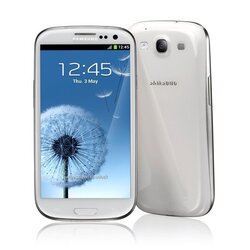 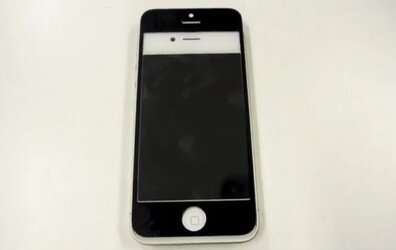 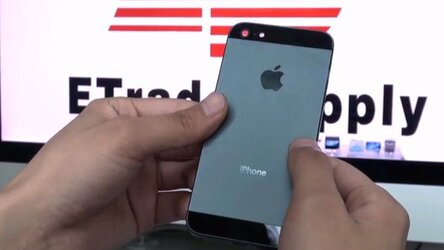 Clearly Samsung has beat Apple to market with the taller 16:9 form factor. What do you think?
You must log in or register to reply here.

HTC Faces Possible Import Ban This December; Google's Android Could Be Next

Apple Having a Hard Time Trying to Invalidate HTC Patents in a U.S. Court

Apple wins ITC Ban of HTC Phones in U.S.; HTC Responds with a Workaround & No Worries

Samsung Vows to Fight On; Has No Plans to Settle with Apple