[GAME] Unolingo - The Next Great Puzzle

Unolingo is for everyone that enjoys crosswords, Sudoku, Words with Friends, 7 Little Words and other similar types of word games. The difficulty ranges from very accessible to insane. It's already after just a few short weeks being played every US state and over 22 countries worldwide.

Every Unolingo is a 10 x 10 crossword puzzle without clues and 26 empty squares that require the precise placement of each letter in the alphabet. Depending on the level of difficulty, from one star (easiest) to four stars (most difficult), a Unolingo puzzle can be completed in 5-15 minutes and calls for a mix of word knowledge, logic and deductive reasoning.

Unolingo is available via Andorid Market, Amazon App Store and the NOOK store - making it available on just about every Android device under the sun. It was an interesting process seeing how the various app stores work and treat their developers. 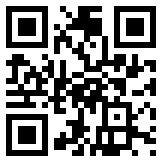 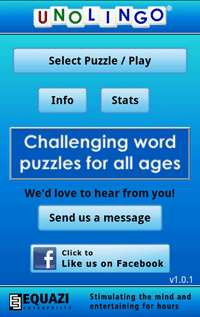 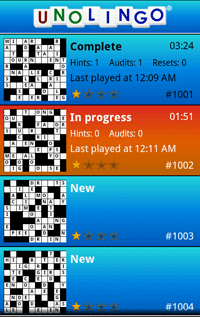 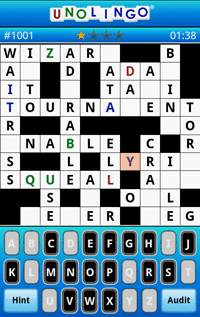 The challenge: Complete a 10x10 crossword puzzle without any clues except for the letters given in the puzzle. The catch is you must place each letter of the alphabet, using each letter only once to complete the puzzle.

We are happy to announce that we are releasing series #2 puzzles today which adds another 160 puzzles available to play!
E

What fun! I love puzzles and this one was a great find. If you like crosswords, you'll probably like this.
You must log in or register to reply here.

Word, Excel and PowerPoint on your Kindle Fire or Nook Tablet?