So is there any way to increase the range for our wifi ?

Anyone having good luck with gps navigation? What do you use?

I wonder if there is any addon that will help in these areas.
E

50cals, Id love to try a smaller bluetooth GPS, some models support antenna which would be great to leave in the car and sync to (ran my carpc this way)

and as far as increasing wifi range, once there are custom roms im sure we can figure out a way to increse wifi signals in small amounts, you can control transmit power
L

I just spent a week in Lubbock / Houston, using the S7 for directions. Just used Google Maps and Navigation. Worked just fine. Even used Places to decide where I wanted to eat, find gas stations etc.

I find the GPS in the S7 to be more accurate than the GPS in my N900. I did tether the S7 to my N900 (wifi ad-hoc) for data while navigating. Not ideal, but worked very well.

I know that there are a couple apps to let you use a bluetooth gps with android, but I haven't found the need for that with the S7.
V

I'm also finding the S7's GPS to be excellent. I use google maps navigation too. Keep a "traditional" GPS handy in the event I don't have a data connection (usually wifi tether the S7 to my LG Optimus S phone), but I like Google Maps because it has the most up to date maps and there has been a lot of road construction around my local area. The thought of paying $50 or more to Garmin for a single map update is too much to swallow. Besides the need for a data connection, the only other missing feature I've found that Google Maps/Navigation doesn't have is a real-time speed indicator. GPS-based speed indication is more accurate than my speedometer if you can believe it.
G

I use both google maps and Copilot

I've been using google nav while driving around testing, and I'm very happy with the accuracy. Will mess with some other apps.
C

I got the paid version of co-pilot with the maps included (program and US for about $5 on the market). Works very well, with no need for a wireless data plan (have one, just don't want to use it when I don't have to).

Standing in my backyard under our BIG tree lol . wifi off / airplane mode on, GPS only
got a very nice lock on me. Time for a day trip somewhere Area51 anyone? lol 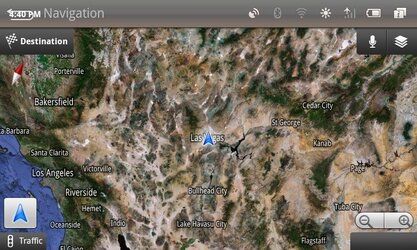 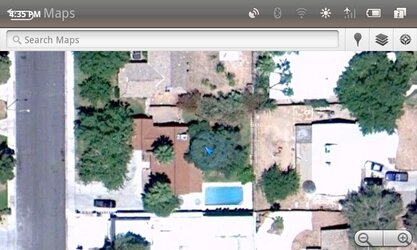 50cals said:
Standing in my backyard under our BIG tree lol . wifi off / airplane mode on, GPS only
got a very nice lock on me. Time for a day trip somewhere Area51 anyone? lol
View attachment 1024View attachment 1025
Click to expand...


So u dont need anything but gps on for this to work? Def gonna give it go in the a.m.

You guys may want to try OSMAND, which uses open street map, benefit is you download free maps to your SD card, so no need for connection while navigating. It does need connection to work out the route however. For totally internet free can use Navdroyd, costs a whole $6. Cant vouch for USA but works fine here in NZ

In an attempt to organize this data...This is what I think I know based on the above posts:

I'm guessing that internet "required to calculate route" is really what's going on for Google Maps-Navigation, too. True? ** EDIT: confirmed by test drive **

The S7 is the only device that has ever given me a 3d fix from inside the house, in fact the others rarely ever picked up a single sat. Right now I have 10 says in view and 34m accuracy. So I would say no need for an ext device.

Google maps is pretty cool, I use that on a HTC hero in uk, the voice guidance works just fine. Google maps is supposed to cache on the device, it now uses vector maps however I have not had much success with the caching on the hero.

I have tried Osmand, and it looks like just the job for driving across Asia! The world map set is 4.6 gb, I have the uk maps loaded on my S7 as a fall back when I have no phone sig.

I also have mmtracker installed, I have a lot of uk OS maps, they are the best maps you can get anywhere but they take up a lot of space 23gb so I load those up as reqd. Mmtracker is a work in progress and only usefully if you have maps in qct format. OS maps look fantastic on the S7

A word of caution, the S7 battery will get you to a spot in the middle of nowhere but chances are it will die on the way back. So carry a map.

I tried the included Google Maps-Navigation combo today on a quick trip to the drug store.

I intentionally went off-route, and it does recalculate / work on your drive without internet connection. Internet appears only necessary to initially calculate your route.

I REALLY liked the service overall. Keep in mind--I've now used it exactly once--for a 3 mile trip to Walgreens .
Destination Voice RECOGNITION (free download recommended by app) worked great! Recognized and found nearby airport, major stores, and even the minor store I tried (Dollar Tree). My Garmin database doesn't include that. This beats typing in and searching for results by a country mile!
GPS signal reception seems impressive and quick to lock on. Maintains signal inside my house!
Turn-by-turn voice navigation with street name pronunciation is a feature you'd an extra $50 for two years ago on a stand-alone 2.5" GPS. Now it's included FREE with the 7" screen. Amazing.
Having NOT successfully teathered to my cell phone for roaming internet, I couldn't get it to navigate me home once out, but if I decide to keep the S7, I'll invest the time to conquer the teathering issue.
Steve

Anyone tried any wifi signal boosting app's? Seen one on the market ...seems meh.

Did a little google surfing and found some ppl putting tin foil under / in back / or other locations that they say has improved their signal strength.

Not sure if this is something that can help signal strength or improve signal distance reception. Will have to mess with some tin foil heheh see what happens.
H

I had put in a longer post this morning but that appears to be lost. NET: I used the GPS Navigation System to get from my home to the restaurant. I could not stop the S7 from looping, it appeared to be trying to find something, when I tried to use the GPS to return home from the restaurant.

Is it because I had the Internet at home and I did not have acess to Internet at the Restaurant? How do I get continue to use the GPS on the S7 when I am not at home?
You must log in or register to reply here.