Honeycomb on Sylvania tablet - Possibility to boot from SD card?

The BETA_3 update to 2.2 has provided some added benefits and an update to 2.3 is promised from Digital Gadgets, but what about leaping ahead to Honeycomb 3.0?

Other forums have had success porting the Honeycomb 3.0 SDK to a bootable SD card image for their devices, giving them a Honeycomb experience while retaining the original firmware on the internal memory.

We know from the manual upgrade process that it possible to boot the tablet from an SD card. We have the tools to create the boot SD card and also now know some of the file system offsets. Thus we could determine how to partition an SD card to mirror the internal system structure.

What do we need (besides dedicated experienced developers willing to devote time to this tablet) to create a bootable SD card to run Honeycomb off the SD slot?

Anyone up to the challenge?

Here's an example of a SD card partitioned to mirror the internal memory blocks with each partition holder part of the OS. 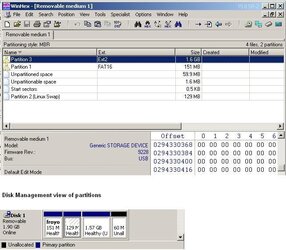 "It's just a demonstration of the ability to run honeycomb on the tablet. Status isn't even alpha. Many things don't work. Can not be used yet."
Click to expand...

This moves the possibility ahead to port Honeycomb to the Sylvania as the Flytouch is an infoTM device that also utilizes *.ius update files.

If I can help at all, let me know.

Hey, me too pls let me know if i also can help too


Sent from my Sytabex7 Tablet
You must log in or register to reply here.

G
No Firmware On My Tablet. Help!

Sylvania 10 inch Tablet does not boot.