IBM Just Created the World’s Smallest, Most Powerful Chip; Here’s Why You Should Care

You might not think about computer chips very often — if at all — but they power everything from your smartphone and TV to the freakin’ International Space Station. So it goes without saying that they are among the most important pieces of technology we have.

That’s why it’s news when IBM announces — as it just did — that it has created one of the most advanced processors on the planet, with parts that are barely bigger than a strand of DNA. The chip will reportedly be four times as powerful as today’s top-shelf processors, at roughly half the size.

Here’s what we know about the latest superchip and what it’ll mean to you.

Wait, what’s the big deal about a computer chip?

Fair question. Computer chips are basically super-small electronic brains that perform the millions of calculations per second that are required when you browse Facebook or play Candy Crush.

They do this by passing electrical currents between tiny things called transistors. And, to simplify things terrifically, the smaller the transistors, the better the chip, the more calculations it can do, and the better games and apps will run on it.

OK, what’s the deal with this new chip?

At the most basic level, IBM’s processor, which it worked on with GlobalFoundries, Samsung, and the State University of New York (SUNY), has far smaller transistors than any other processor on the planet. That means that when the chip eventually appears in future smartphones, computers, and other pieces of technology, those gadgets will be faster and more energy-efficient.

But how will it make things faster?

OK, so remember those transistors we mentioned? Your average processor can pack billions of them onto something the size of your fingernail.

That means the company can pack even more of them onto a chip. By increasing the number of transistors and shrinking the distance between them, IBM is able to reduce the amount of time it takes for electrical currents to move between them. That makes for faster chips.

Wait, did you say 7 nanometers?!

Oh, yeah. This stuff is super-small. We’re talking microscopic. To put things into perspective, a single strand of DNA has a diameter of 2.5 nanometers. 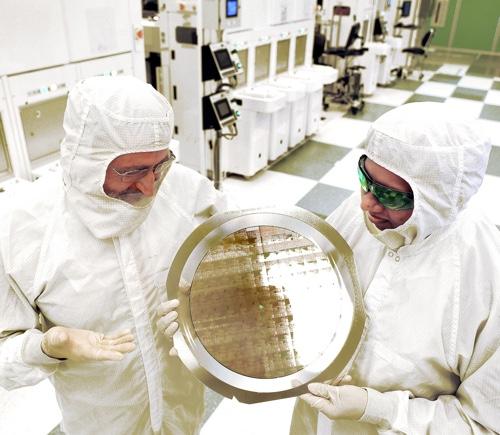 Google Nexus 10: Fastest and Most Impressive Android Tab Yet, But Feels Cheap