By Adrian Kingsley-Hughes | June 11, 2012, 1:25pm PDT
Summary: The problem is that more cores need more power, and more power means more heat generated.
According to chip giant Intel, not enough is being done to optimize the Android operating system for multi-core CPUs. 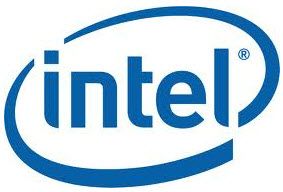 Intel, which is entering the market with its single-core Medfield Atom processors, hits out against ARM and its dual-core and quad-core by claiming that the company needs to do much more to optimize Android to handle multiple cores. In fact, Mike Bell, general manager of Intel&#8217;s mobile and communications group, goes as far as to claim that multiple cores may in fact be a disadvantage.

&#8220;If you are in a non-power constrained case, I think multiple cores make a lot of sense because you can run the cores full out, you can actually heavily load them and/or if the operating system has a good thread scheduler,&#8221; says Bell. &#8220;A lot of stuff we are dealing with, thread scheduling and thread affinity, isn&#8217;t there yet and on top of that, largely when the operating system goes to do a single task, a lot of other stuff stops. So as we move to multiple cores, we&#8217;re actually putting a lot of investment into software to fix the scheduler and fix the threading so if we do multi-core products it actually takes advantage of it.&#8221;

&#8220;I&#8217;ve taken a look at the multiple core implementations in the market, and frankly, in a thermal and/or power constrained environment - what has been implemented - it isn&#8217;t obvious to me you really get the advantage for the size and the cost of what&#8217;s going into that part,&#8221; said Bell.

Nvidia Unveils The Tegra 4i  Quad-Core Cortex-A9 Clocked At 2.3GHz And 60 Cores GPU

Why Android tablets failed: A postmortem

12 reasons you might NOT want to buy a Kindle Fire