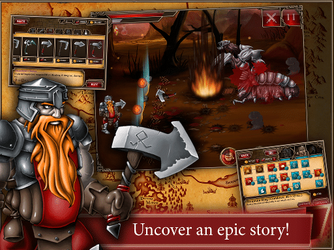 Styria Empire was invaded by hordes of terrifying monsters.

Commanders was betrayed, Emperor lost his mind and once great empire under threat of downfall.

The last line of defense, a handful of Guards of Hyperion, last survivors, the only one heroes who can stop this...

Now, it's time to return the empire to humanity! Restore the justice and punish the traitors!