I have a problem with the Nobis NB09 tablet. It has been reset. Now each time I sign on I have to redo all the setup. It will not download updates or save any changes I make. Nor will it download any apps. The wireless is working and I can sign on to Play Store.

Welcome to the forum
If you select an app in the Play Store - and it provide an option to install - what are the results?
K

Hi Kycheckmate, welcome to the forum. Nice to have you as a member of Android Tablets. I'm moving your thread to the Android Tablet Q&A section for you, where more people are likely to join the discussion and try to help you. Good luck! 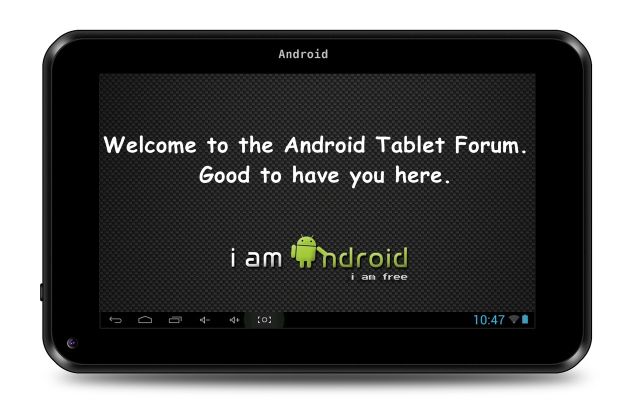 Hi. I have exactly the same symptoms, joined up just to say a thing or two.
I bought the NB09 knowing it was in a broken state from ebay, sounds like hacker fun to me. The settings don't save on mine because /data partition is corrupted, if you check your dmesg thru adb (without adb it is hopeless) I bet you'll see the same.
I've got a Tmax 9s775 (identical twin) coming that supposedly DOES work fine as a backup, so we can have fun with this one.
I've spent many hours researching the ins & outs of this, stumbled in here because I find vampirefo's thread quite interesting: http://www.androidtablets.net/threa...0-and-so-on-repair-tablet-from-sd-card.62622/
In there he states that (the now defunct) Coby puts in a counter that keeps track of partition wipes, even that the OS does it behind your back and when the limit is hit, gets stuck on the bootloop. Sounds reasonable and I think Nobis/Tmax/Dopo/Apex probably does the same, if not, they do no checking of the partitions at least, and when they get messed up (as all disks do from time to time) you're sunk. They want you to send it to them with $50 to fix, apparently it's part of their business model, along with not complying with the GPL. You can buy a new Dopo at Walmart for $60. There are some bad blocks on this nand, which is almost certainly what messed up the partition, and there you have it!
It took many hours of trying to get it to reflash, as it initially had the bootloop issue, it finally did, with above issues.
I think that vampirefo's tools and possibly Christian Troy's sdcard tricks show great promise, I'm going that route right now. It does freeze when I try Christian Troy's sdcard but no cigar, at least I know that it is listening to an sdcard with u-boot on it. I just don't have something right yet.
I'll certainly share anything I get, but don't be in a hurry. I'm hoping to get Cyanogenmod and even Sailfish eventually on this thing. Can't beat the hardware for the price, software stinks. That is if you don't value your time much
Edit: BTW, even in this condition I can install APK's. They disappear after a reboot, but not my root app. Initially I could just do adb install blah.apk, but now there's "no room". So I have to push them to /data/local/tmp, go into adb shell and install them with pm install blah.apk. Anyhow, handy to be rooted. I had a heck of a time rooting it, a whole day it took, the only thing that finally worked for this was Root Genius. I suspect because of it's broken state, if it was working "ok" I think just about any modern root app would do it.
Last edited: Jan 16, 2015

Hi yuyuyak, welcome to the forum. Glad you decided to join us here at Android Tablets.
You must log in or register to reply here.

B
Applications apparently taking up 5.2gb of space but I have barely any apps installed