Hi everyone. This is my first post here and I've tried to search thru other posts but I can't find a reference to my particular problem. Hopefully someone may help.

I bought a Sanei N10 dual core 10 inch 16gb tablet with a Kingston 16gb SD HC class 4 card about 6 mths ago on Ebay from China (we live in Australia). We're not big tekkies, too old, but my wife downloaded a few apps and read basically books. All downloading was done connected to her computer using SnapPea. We run Norton 360 so chances of viruses are virtually nil. The tablet has been used very little, at a guess I would say 10 - 14 full days in 6 mths( less than 3/4 of an hour/day ). Probably less.

3 days ago she tried to turn her tablet on and it was stuck on the startup screen. By that I mean when the power button is pressed the screen shows a colourful backround, some type with Sanei and chinese writing , a band of colour cards on the right side of screen with butterflies on them while the green power light is on. This is static for 2 or 3 seconds and then the cards change colours and the butterflies move over the cards, power light is off. This has been normal in the past as the operating system is starting up while things on the screen are moving. This lasted for a few moments and then the welcome screen came up.

Now, we can't get passed the butterflies movement screen. Doesn't matter where you tap or touch the screen, nothing happens. We connected the tablet to the pc running SnapPea and 2 or 3 times it connected and then no device, for very short periods of time.

With my limited knowledge, it seems like the operating system is corrupt. I have read about downloading a file to PC and transferring it to the SD card to get the system to boot. But that was for Android 2.2 or 2.3 I think. Is there a solution for Android Jelly Bean (I think that's what the tablet is running).

The tablet is still under warranty but sending it back to China for repair (at which point they could say it's our fault) or are there any fixes for our problem. By the way the tablet has never been left in the sun, had anything spilt on it or been dropped. So it's in pristine condition.

Sorry this has been so long winded, but I wanted to give you a clear idea of our problem.

Any help or ideas would be greatly appreciated.
Last edited: Oct 12, 2013
N 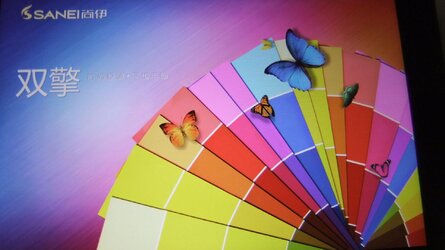 this is the screen I'm talking about.
You must log in or register to reply here.