Why Is My Gadget Charging Very Slowly (or Not at All)? 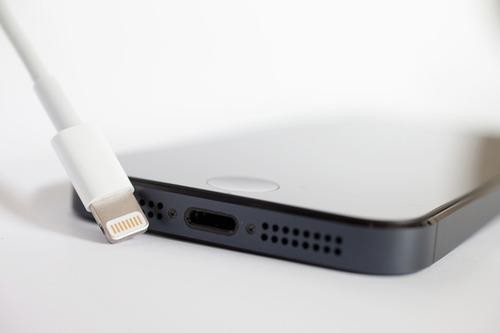 You plugged in your phone or tablet hours ago, and the battery has recharged about 10 percent. Or maybe the needle didnt even move at all. The connection between the cable and the device seems fine, the chargers plugged in, and the battery indicator says your device is charging. What went wrong?

The amperage of the charger that comes in the box with your device largely depends on the capacity of its battery. Because a lower-capacity battery will recharge more quickly, most phones come with a 1-amp charger in the box. But any device that ends with -ablet has a higher-capacity battery, so big smartphones, iPads and other tablets will come with a 2-amp charger to speed up the charge.

There are two cases where its easy to tell whether your amperage is insufficient for your device. First, avoid charging big gadgets from a powered USB 2.0 port on your computer; if its a USB 2.0 port, youll likely get between 0.5 and 1 amp. (USB 3.0 supports up to 5 amps when charging, so you should be OK with USB 3.0 port charging.) The same slower performance applies to many USB hubs, which may charge gadgets very slowly because they run at low amperage.

Second, just because the wall wart fits, it doesnt mean its appropriate for your devices charging needs. The best example here is using the smaller (1-amp/5W) iPhone wall plug to recharge an iPad (which charges more quickly with a 2-amp/10W charger). In most cases, 1-amp AC adapters are physically smaller than 2-amp AC adapters, so you can usually judge how many amps youre going to get based on the size of the adapter. If youre unsure, the amperage is also printed on all wall plugs  albeit in the smallest, most eyesight-challenging font imaginable.

The third possible cause: Its your choice of cable. This is trickier to identify, because all USB cables generally look the same. On the inside, however, they may support more or less amperage, and that important bit of information is never listed on the USB cable itself. At this point, you probably have an ever-growing collection of USB cables from various gadgets in a drawer somewhere. Its hard to keep track of which cables go with which gadgets, but it really does make a difference, even if all the cables look identical.

One solution is to label or mark all your cables as soon as you get them. But what happens if a cable or two goes missing? If you want to replace a cable to charge your tablet without paying a premium for a manufacturer-supplied replacement, your best bet is to look for a 28/24 AWG (American Wire Gauge) USB cable. This is a wider gauge than the 28/28 cables supplied with 1-amp chargers, and more of the cables wires are dedicated to transferring a charge. These cables are easy to find at all the major outlets (Monoprice, Amazon, Newegg) starting at less than $2.

Dont worry about any problems using a 2-amp charger with a device designed to be used with a 1-amp charger. In some cases, it may speed up charging of the smaller device. In other cases, the smaller device will limit its power-sipping to 1 amp. In general, if you want to take only a single cable on vacation to recharge all your mobile gear, the best bet is to bring along a 2-amp wall wart with a 28/24 cable. It should work fine with phones and tablets alike; just make sure you double-check that you packed it before leaving the house.

Yet another charging issue.