A new Samsung 8.4 inch tablet has turned up in the GFX Benchmarks, the device comes with the model number SM-T700, and the benchmarks have revealed some information on this new Samsung Tablet.
The Samsung SM-T700 comes with an 8.4 inch display that has a resolution of 2560 x 1600 pixels, the device is powered by an 8 core Samsung Exynos 5 Octa processor with a clock speed of 1.9GHz. 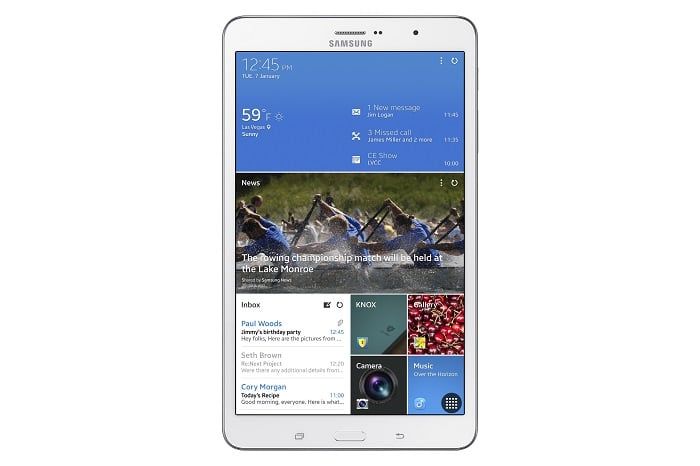 Other specifications on this new 8.4 inch tablet from Samsung include 2GB of RAM and 16GB of built in storage, the device also features front and rear facing cameras.
On the front of the Samsung SM-T700 we have a 2 megapixel camera for video calls, on the back we have a 7 megapixel camera. 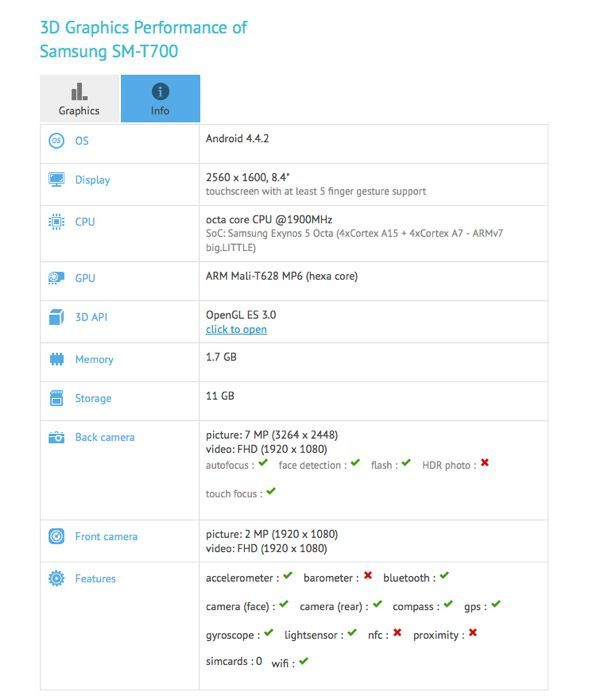 The device is running the latest version of Googles&#8217; Android OS, Android 4.4.2 Kit Kat, and the 8.4 inch display is said to be an AMOLED display with 359 pixels per inch.
As yet there are no details on when this new Samsung SM-T700 8.4 inch tablet will be available.

Source: Geeky Gadgets
Last edited: Mar 20, 2014
You must log in or register to reply here.