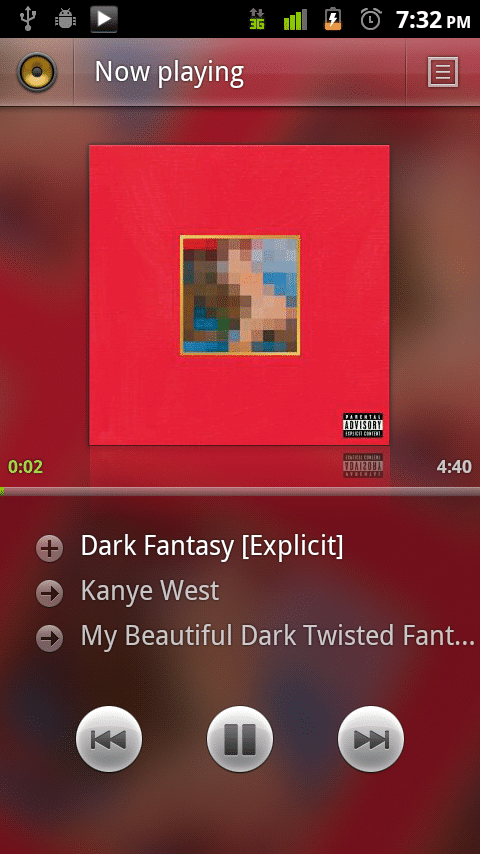 ​
For all of us that have gotten razzed by our iPhone friends about the native Android Music player, we may finally have a response. Once again our friends over at XDA have leaked a nugget to us, this time in the form of the music player that will most likely be baked into the build.

Featuring streaming capabilities (ooh), much better colors and backgrounds (ahh) and the new overall UI that is coming (yea) users can now take a look at a small part of 3.0 today.

You can download the new player at: Honeycomb Player APK, but please keep in mind that not all of the functions are working yet.

Thanks to the folks at xda-developers and Droid Life!

Well...tried to install it but got a message:

"parse error there is a problem parsing the package"

Tried to install this, I get the "parse error" message too.

So then I tried installing it via ADB and get:


Code:
Which, from what I've read, indicates the "AndroidManifest.xml" file inside the .apk is targeting a higher OS version than what I have. The manifest file would need to be edited, but it's all garbled (encrypted?) when I open it and look for the:


Code:
(or whatever version number there is), and I assume even if I changed it I'd have to repackage and sign the apk to install it on an actual device? I'm a little foggy on making packages.

I found instructions over at xda about pushing it directly onto the device (including pulling the "libjumber.so" file out of the package and pushing it to the /system/lib folder). But that doesn't seem to work either, I still get a parse error when I try to launch the apk.

Anyway, it appears it won't install or run on my Android 2.1 device.

I have been informed it does require 2.2.
You must log in or register to reply here.

[Rumor] New Toshiba Honeycomb Tablet May be Called the 'Antares'

Motorola Xoom Will Not Get 4G LTE Until Late Summer