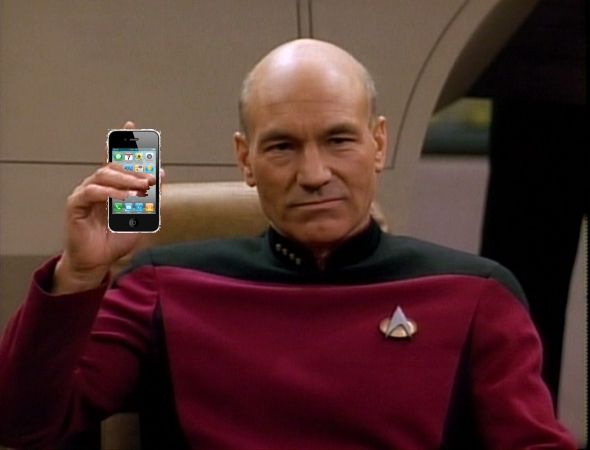 "Number one, dispose of this. I'll stick with my Android."

I don&#8217;t think Siri is necessarily bad but I do think it requires some training and practice but there are no help files nor is there a website that helps train users how to better use it. And, before you give me that whole, &#8220;Apple is intuitive&#8221; thing, let me say that Siri is not your typical intuitive Apple application nor is it intuitive.

Don&#8217;t get me wrong. I&#8217;m a big Apple device fan. In fact, if you&#8217;ve read this blog from the beginning, I didn&#8217;t want an Android device. At all. It was thrust upon me. But, the longer I use it, the better I like it. It has some really cool features that I wish my iPhone 4 had. One is the ability to connect to the device&#8217;s lower level self. With my Android phone, I can SSH to it from another computer or open a console to the OS from the device itself.

OK, not everyone needs to do that but I rather like having that feature. I don&#8217;t want to even think of jailbreaking a device just to get some &#8220;should be included from the factory&#8221; features.

I&#8217;m especially excited by Vlingo&#8217;s merger with Nuance. If you don&#8217;t know, Nuance is the company that makes Dragon Naturally Speaking software, which is the best speech recognition software on the market. I foresee a truly intelligent conversational device control coming soon to just about everything near you.

With the blend of those two intelligent speech recognition software companies on the same team, I think we&#8217;ll soon be able to actively navigate to addresses in our cars, make and receive phone calls, send and receive text messages and do all sorts of SciFi-type things using voice recognition. With superior voice recognition and communications plus Google Car type self-driving cars, even the visually impaired will be able to drive a car. These are exciting times.

You might find it somewhat of a stretch from making a phone call to driving a car but that&#8217;s just the way my mind works. Too bad I don&#8217;t get paid to come up with ideas and solutions for new products. I&#8217;d really like that gig. Heck, I came up with the idea of a self-driving car when I was a kid. I knew it could be done and I knew how to do it but convincing anyone to listen was the hard part. Now, with Siri and and Tap & Speak, I have a built-in audience for my ideas, my jokes and my disruptive dialog.
The best part is that, so far unlike their human counterparts, they just have to listen.
You must log in or register to reply here.

The 20 most useful Android smartphone apps of 2011

Five Apps to Help You Clean Up Your Android Device