The attached photos shows the cable. The pinout for the USB can be found at
Pinout - Wikipedia, the free encyclopedia
I bought a 12V car adapter RCA AH55N for $10 at Menard's. It proved to be underpowered but I wanted the cable and pin. I had a 1 foot USB extension cord M-F so with cutting pliers, insulation cutters, sharp knife, soldering iron, shrinkable tubing and time I now have my cable.
The USB cable I cut open even had the correct colored wires with the correct assignment. I cut the cable leads at staggered lenghts so the solder joints would not be next to each other. I used shrinkable tubing around each solder joint. For the final cover I added a piece of stiff insulated wire as a splint (to prevent bending at the end of the solder) and then the blue shrinkable tubing.

After polarity the next major concern is the very small gauge leads in the USB cable (I guess 26 to 30 gauge). From
American Wire Gauge table and AWG Electrical Current Load Limits with skin depth frequencies
I see that pushing 2A is a risk. So when I did connect it I stayed close by for the first half hour checking carefully for any hot smell of melting insulation and touching to see that the wires were not heating up. The wires stayed room temperature.

I have a 120V USB charger that delivers 2A. I connected the charger with a Kill-A-Watt meter to monitor the wattage. With the USB charger connected to 120V but not connected to the Coby the power consumption was 0 Watts (nice base). I drained the Coby to 33% battery charge and connected the USB cable. The draw was initially 7 Watts (7W/5V = 1.4 Amp). This dropped in minutes and stayed consistent at 5 watts almost through the duration of the charge. As the charge continues the battery percentage goes up, the battery voltage goes up and eventually the wattage drawn goes down. In three hours the charge was up to 98%. Checking at about 3 1/2 hours the green charge light was on and the current was 3 watts. Checking at 4 1/2 hours the green charge light was still on and the current had dropped to 0 watts. The Kill-A-Watt is an imperfect measurement as it measures energy going into the charger not out of the charger. For the EEs the power factor of the charger is 0.50 so the draw the electric utility charges is double the useful wattage (i.e. 5W = 10VA x 0.50 pf)

I then tested by draining the battery to 80% and connecting the charger. I played Angry Birds - a good energy drain of display, sound and CPU. From an app I learned the biggest three power drains are display, sound then CPU. The current draw was 7 watts, then fell to 5 watts. The battery charge increased while playing. So this should work for long trips with a bright display in a car in daylight.

The Wiki for the USB 2.0 specs says a USB device can draw as much as 0.5A. So this cable may be a good way to fry a motherboard. I will only use it with a charger not my computer. Shopping for chargers I kept seeing 2.1A for iPad. So I read the iPad manual. They let users charge the iPad from a USB socket! They only warn that the USB charge may be very slow and may not work, the 120V adapter being the preferred method. The presence of the iPad means there will be sources for 2A USB chargers, now or more soon probably.

That was my Coby distraction for the week-end. If you find such a USB charger cable for sell share the information in this thread for others.

Disclaimer: This may well be able to fry your Coby and fry your PC both, anyone doing this does so at their own risk to equipment, self and warranties. 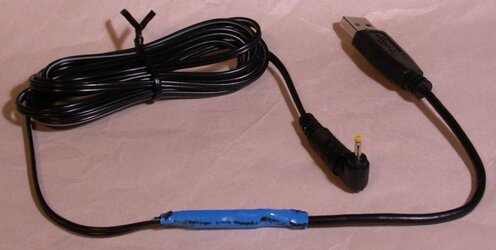 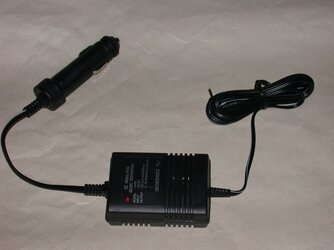 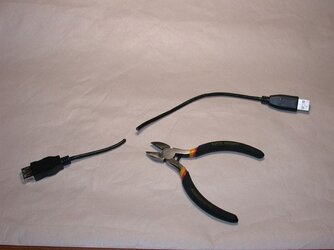 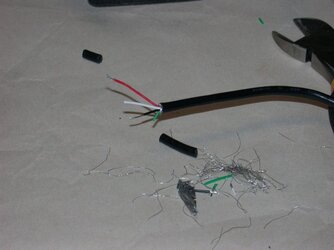 Most cell phones these days come with a unique wall charger that has a usb port. Basically you use the same cable for charging and plugging into a computer. I have a few of these USB wall chargers lying around... I just use those. Lol

Current phones have standardized on having a micro-USB port for charging.
Mobile phone - Wikipedia, the free encyclopedia
So at best a standard phone would have a cable with USB to micro-USB which will not work for the Coby. If you have enough old phones laying around one may have an old cable with USB on one end and the small pin on the other. I heard Samsung used that power pin in the past. Our old phones chargers are all 120V and only deliver 0.5 A so they won't work.

BKenney,
Were you able to use your cable to charge the Coby from a computer USB port? Did the phone chargers USB output deliver enough for the Coby to charge? 2A and not 0.5A?

Still looks like the sources are bone-yard, yard-sale or do-it-yourself.

We will bike-tour in France this summer. So for a few months we will only have a wall charger with USB output to charge the Coby, and a couple of MP3 players. When bike touring you don't want to lug around multiple chargers so I made a cable for the Coby and will leave it's charger at home.

Anyone have teste this? 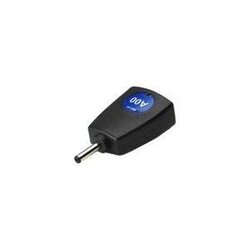 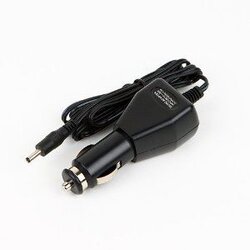 How to build USB cable to recharge the MID7015. All claims of the User who posted the link below:
USB charging cable for Coby Kyros | Showing My Geek

Week 1 of an 11 week trip and my cable stops working!
At E.Leclerc in Montataire, France I found an off the shelf cable!
It's by OxoPower and is a USB cable with screw on heads. The set I bought was "For all mobile phones Motorola". It had five heads one the small yellow tip that I needed.
Back in service again.
(Another disaster a week later but that's another story, over that one too )

double post somehow -
deleting this second copy [DEL]
Last edited: Dec 13, 2011
You must log in or register to reply here.

Why Is My Gadget Charging Very Slowly (or Not at All)?

T
Tablet Charging Issues, How to