GPad G10 Android tablet review
I currently own an iPod Touch (third generation). Essentially it's an iPhone without the actual 3G cell phone technology, but can run almost all iPhone applications and connect to the internet with Wi-Fi. I use it daily for checking emails and web surfing. Occasionally I will also use my iPod to play games, watch a movie or YouTube video, or read a book. I find it's a very powerful and useful device, and I have only one complaint, the screen is too small!

I considered buying an iPad; they are really just an enlarged iPod Touch with four times the screen size. The price, however, is prohibitive; with local taxes Id pay close to $600 US for the base iPad model.

I have noticed recent listings for touch screen tablet computers running the Android system. You can find these with slower processors, less memory, etc for as cheap as $100 US, but I thought I should spend a bit more to get better features and avoid unneeded frustration. After reading some reviews on the internet regarding various tablets, I spent $180 US plus $20 shipping for a GPad G10.

First impressions were very favorable. The seven-inch screen is bright, clear, and crisp, and is much easier on my eyes than squinting at my tiny iPod screen. It took me all of two minutes to figure out how to connect to my wireless router and get the Chrome Lite browser surfing on the web. The desktop was setup with some basic utilities and the settings icon. Within about 10 or 15 minutes I was bookmarking some favorite web pages, posted a brief note on the AtariAge forum, used Google and Wikipedia, watched a video on YouTube, and ran Street Views in Google Maps. The GPad is very comfortable to hold, and I found doing basic tasks to be fairly intuitive in Android  though I have to say that Android 2.1 is absolutely nowhere near as slick and seamless as using iOS 4.0

I installed a couple of basic apps, such as "Documents to Go", without major issues from the Android market. These apps seemed to run fine. I also installed a couple of games, including PacMan and a couple of 3D racing games called "Raging Thunder" and "Wave Blazer". The racing games use the accelerometer to sense the tilting of the tablet as if it were a steering wheel, and this works great. The frame rate of these 3D games is decent, with very little glitching or flickering.

However, not all is perfect. The biggest let-down is the resistive-technology screen. If you are used to using a capacitive screen on a device such as an iPhone, you will really feel disappointed. The touch screen requires about the same amount of pressure as a decent ATM bank machine or an old PalmOS stylus PDA. I found it a bit frustrating, and tried using an old dead felt pen as a stylus. This was a huge improvement, and I think these GPads really ought to ship with a stylus included if the factory isnt going to make them with a capacitive touch screen!

I tried using a mini-USB cable to connect it to my Windows laptop. This worked okay after a minute or two of figuring out how to mount the connection to the PC. However, it took me a few more minutes to figure out that any files I drag over from my PC to the tablet, show up in a folder called /NAND on the tablet. If you install a Micro-SD card, you will find those files in a folder called /SDcard (pretty obvious).

The biggest problem, though, occurred when I was in the control panel, changing settings for the desktop icon size. After I changed a few settings, the Android O/S asked me if it was okay to do a system reboot. I said okay, and was startled to find the tablet came back up with the language switched over to Mandarin! After a few panicked moments, I stumbled into the Settings, found an icon that looked like an upper-case A, guessed it was for Languages & Fonts, and clicked it. I saw several rows of Chinese text, and tried clicking on the top line. Thankfully this displayed a list of various languages, and I was able to find English-USA quickly. Once I clicked that, the screen text was readable again.

To me this is really unacceptable. I can see old Aunt Minnie becoming completely befuddled by something like this, and returning the tablet to the seller. Theres no way a computer sold to the international market should default to Mandarin when reset. Now that I know how to do it, I can live with this if it happens again, but I can see most users getting really frustrated with it.

Battery life seems not bad, say 3 to 4 hours while doing Wi-Fi web browsing, and the tablet runs just fine off the A/C adaptor as well. Speed-wise, the performance is generally decent, and better than some folks warned me it might be. Web browsing and other tasks seem a tad slower than on my regular laptop or iPod, but are quite acceptable.

Overall, what do I think? I think comparing this Android 2.1 tablet to an iPad is like comparing an old Linux distribution to a Mac OSX machine. Yes, you might be able to get the same general tasks done on both platforms, but theres just no way a Linux machine is as simple and easy to use as a Macintosh. Im the sort of person who actually likes messing around with Linux on my PC, because Im very comfortable with computer technology and like to tinker with the settings and see whats going on under the hood of the computer.

However, for the average Joe Blow user, they just want to get the job done, and dont want to futz around with control panel settings or awkward connection processes. I just cant recommend this tablet to anyone, except as an interesting pastime for fellow computer geeks who really like to tinker with new hardware and software. In particular, the manufacturers need to spend the extra bucks to give the tablets a capacitive screen - and fix the default language settings to something people outside China can read!

Later:
I've had my Gpad G10 about two weeks now. I have used it every night for at least 3 hours, so maybe a total of 40 hours now.

I absolutely love it! Once I got used to the differences between the Android interface and my iPod's interface, I find that I actually prefer the Android. Besides having the much larger screen, I find I have a lot more control over the appearance of the desktop and icons, more control over the various options, etc. Another feature I really appreciate is 'Notifications'. I have the Weather Channel setup for notifications, and a couple of nights ago while I was using the browser, I received a notification that there was a storm warning just announced! Of course, I also get notifications of emails too. Very cool feature!

Battery life is decent - I'm getting roughly 4 hours when running browser/email with Wi-Fi. If I watch videos the battery life is a bit shorter, say 3 hours. If I run games, especially 3D, the battery life is shorter yet, maybe only 90-120 minutes. When I am playing games, I tend to run the tablet with the AC adaptor so the battery stays charged up.

The first day I had my G10, somehow the languages got reset to Mandarin. I haven't seen it happen since. I have only seen this happen the one time, so hopefully it is not common.

Really, my only negative comment now is that the G10's resistive screen is just not as nice as a capacitive screen. 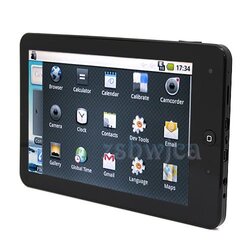 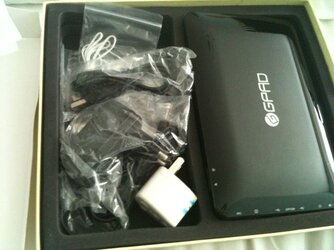 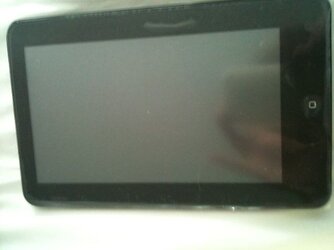 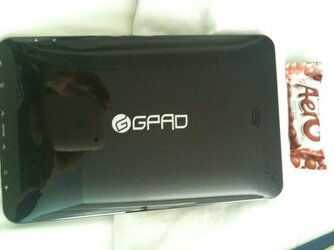 M
I am from India.

Jan 17, 2011
managana
M
D
Ready to buy from PandaWill, which should I choose?