Over The Hill Newbie

I'm and old guy falling further and further behind the curve as the years slip by. I got started with computers back in the 80s when the IBM PC was first released. A local store had a clearance sale on Kaypro computers running the CP/M operating system, and I thought that might be an affordable way to learn about computers.

So right from the beginning I was already one full generation behind the curve and have never caught up. When Windows came in I made the transition to MS-DOS, which was easy, since DOS seemed like it was just a clone of CP/M. And even the transition to Windows, wasn't all that difficult, since the first versions of Windows seemed to be just GUIs built on top of MS-DOS.

But the transition to Android has me baffled.

Last month a BBS acquaintance gave me his old LG G Pad F 7.0 tablet, which I've been trying to figure out ever since. He's an engineer and very impatient with slow learners like me, so even though he's willing to answer an occasional question from me on the BBS, he's made it clear that he's not going to be my tutor.

That's what brought me here. I Googled "lg tablet android forum" and here I am!

I'm hoping to find some patient souls who will field my naive questions about how to do the most basic things on my new tablet.

Will in Seattle
a.k.a. "Clueless" 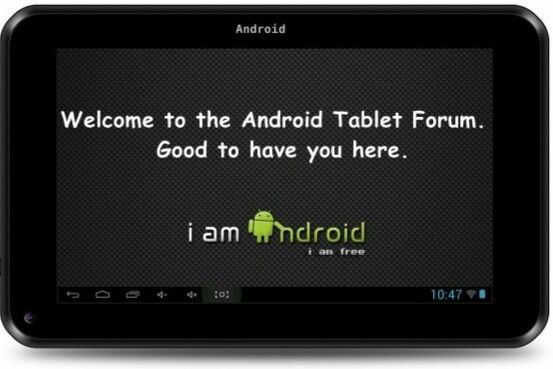 We're here for you, Will.
Local bookstore helped me. Found a couple of generic "How To" guides for Android, that were a big help. Also, you should be able to find a manufacturors user guide, online, but I've found that they're woefully inadequate for those unfamiliar with Android in general.
Google is still your friend though, search Android for beginners. There are numerous sites that provide guidance on how to get going.
Don't be intimidated, there's help available.

Hi PitCarver! Thanks for the speedy and friendly response.

Thanks for the tip about books. I'm still a book person. I tried downloading a book to the tablet, but so far can't get comfortable trying to read it on the tablet. I still much prefer the feeling of handling a physical book with paper pages you can leaf through.

Just checked my neighborhood library that's just a short bike ride away and found this:

So I just place a hold on it and should have it in my hands in a few days.

Sometimes the answers to my questions are so obvious that they are invisible to me. (My memory seems to be giving out on me these days too, so I have to keep relearning the same things over and over again).

Will in Seattle
a.k.a. "Clueless"

I bought that one also, Will...
also may help, while you wait.

While you're here there are several threads that will help. Here's one dealing with manuals, that may point you in the right direction.
44 Page User Manual

Hi Will, congratulations on your LG G Pad and welcome to the forum. Nice of you to become a member of Android Tablets.

Spider said:
Hi Will, congratulations on your LG G Pad and welcome to the forum. Nice of you to become a member of Android Tablets.
Click to expand...

Thanks for the friendly welcome, Spider. I'm really happy I found this forum. I'm already getting lots of help from PitCarver.
You must log in or register to reply here.