The Bad:
Rough work in the design, fragile plastic with obvious gap at the edge, screen is not clear enough.
The Bottom Line:
Though the resolution of the 8-inch IPS screen is 1280*800, but the actual performance is not ideal, and that&#8217;s why I don&#8217;t feel excited for the 2160P video playing or blue-ray 3D supported features. 5MP Camera may not the stunts either, but the Intel Z3735E CPU did make this tablet goes smooth.
Despite the manufacturer declares that the operating system is Android 4.2.2, but there are some changes make the tablet more acceptable for Chinese users. But still, at $175 (for 16GB), it's still an affordable tablet with one of the highest values in the market. 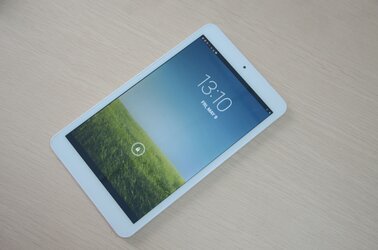 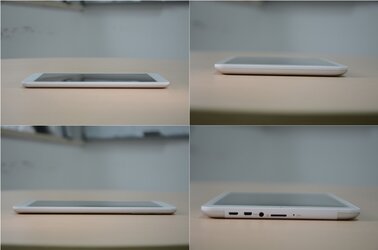 The metal cover may be the most intuitivehighlight, the frosted feeling and the matte surely did increase the class ofthe whole tablet. But the sealed cover means there&#8217;s no replacement batteryavailable.

Like I mentioned above, ONDA V819i looks like iPad, but the extension ports are all be set at the top of the tablet, including the USB/TF card/HDMI ports and a headphone jack. The power and volume buttons are at the right side, while the home button is replaced by 3 virtual buttons. 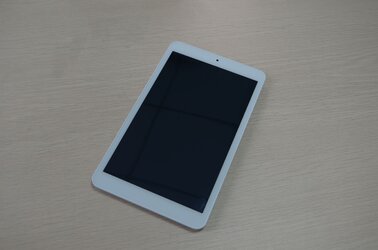 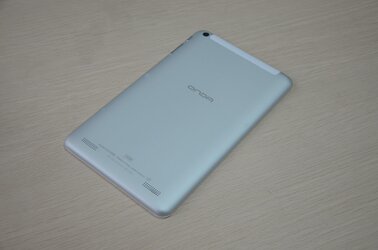 Software & Hardware features:
The ONDA V819i ships with the version of Android (4.2.2), and the OS doesn't surprise me. Besides the play store, there&#8217;s ONDA Market where you can download more apps.
Comparing with Android 4.1, the OS isn&#8217;t much different. So there&#8217;s no much to talk about.
The 8-inch ONDA V819i houses a 64 Bit Intel Bay Trail-T Z3735E Quad-core CPU and an Octa-Core GPU. It has 1GB of RAM and includes support for WiFi, WiFi hotspot, Bluetooth, Miracast, Gravity Sensor and OTG expansion function, and a GPS. Compatible with external 3G USB dongle or the physical HDMI port makes the tablet more playable. 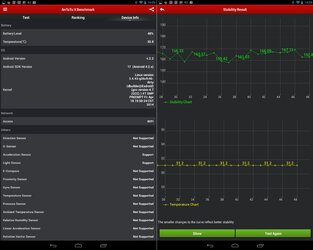 Performance:
First of all, the ONDA V819i&#8217;s screen may not as bright or clear as other major brands&#8217; screen, but it is still with soft color and comfortable to watch. You may not be appreciated while watching the 2160P videos, but the handy design makes it more suitable for reading when you&#8217;re walking. Though the affordable price makes all the senses, we&#8217;re still hoping ONDA can do it better for next generation.

The screen responds fast to touch and apps as well as scrolling through Web pages, while switching between different apps is not as quickly as we expect. However, despite its screen is not satisfying, or the CPU is not the top one, but it still goes smooth with a longer battery life in test. At least, nothing crashed or stuck when playing games. 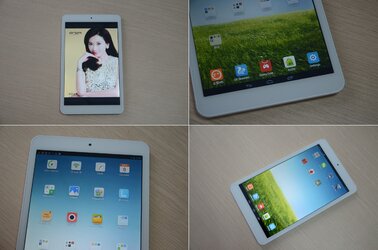 The Tablet Camera and speaker
Like what I said, the camera is not the selling point for this tablet. It places mediocre shooters on their bodies, 2-megapixel front camera and 5-megapixel back camera make faces look greenish and sickly in pics. The front camera goes further because no autofocus function.
Likewise, the speaker performs averagely while it turns grating and uncomfortable when turned up louder. 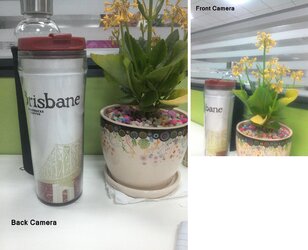 Conclusion:
The ONDA V819i is still a good choice in the comparable price levels. It is comfortable to hold, and the good performance, 12:8 screen, additional features, and the Android 4.2.2 bring more playability.
At $169, it&#8217;s still competitive for a Quad-Core tablet. If you are more pursuit of operating speed, then it may not meet your requirement. I believe that this one is more appropriate for the new player, or someone who need a tablet to watch some TV show or read magazines.
In a word, this can be a worthy-buy, but we still hoping that ONDA can work harder and make next generation better. So, let&#8217;s wait and see.

[Review] Sony Tablets Are Strong Contenders To Compete Against iPad
2