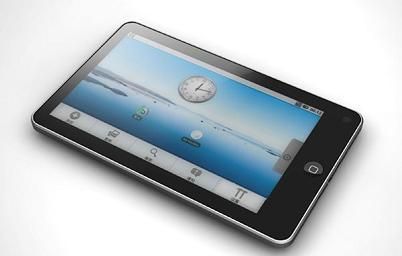 ​
(This is a guest post by Michael Heller from ThisGreenMachine.com. The original article can be found at this link.)

Even in the early releases, we&#8217;ve seen how an Android tablet can go right in the Samsung Galaxy Tab, and we&#8217;ve seen how they can go wrong in the Augen tablet. We know the competition, both from the outside (iPad) and within (OS fragmentation, software exclusivity). With that knowledge in hand, the following are the top five areas Android must address for the upcoming wave of Android tablets and beyond.

1) Hardware
The number one thing that Android tablet manufacturers need to do is push hardware. The iPad is just like any other Apple product; it lives and dies by its yearly refresh cycle. The first bump, which should come in January, will likely add more memory to the iPad (currently only 256MB of RAM), a speedier processor, and a front-facing camera. There has already been talk of multicore processors coming to Android phones, and likely tablets, but this needs to happen sooner rather than later. Front facing cameras need to be ubiquitous as well. But, this could be a slow, vicious cycle, where manufacturers may shy away from adding the cost until there is a widespread app that can take advantage of the camera, and the software doesn&#8217;t come because the cameras aren&#8217;t in the hardware.

Android phones have fallen into the trap where even though they iterate faster, and more devices with better specs keep coming onto the market, the iPhone has been able to keep up, and even stay ahead in some areas, like display resolution. The Android tablets already on the market or launching soon after the iPad refresh need to stay ahead of the curve.

2) Unified Software and Hardware
There has been a particular issue repeated from the Android camp since the marketshare surge began &#8211; the platform can only go as far as developers take it. As seen with the recent beta releases of TweetDeck and Angry Birds, premiere developers are beginning to move to Android, but developers need to be wary of exclusivity deals with carriers, as Skype has with Verizon[1]. Similarly, manufacturers need to make sure they don&#8217;t shoot themselves in the foot by adding proprietary software in attempts to differentiate themselves from other Android devices. This means placing faith in the Android market, and not developing closed-in markets like the rumors have for the NotionInk Adam[2] and their Genesis store. It also means being open and relying on the power of the community to lift up all devices. An operating system thrives on interoperability with other devices. Apple has this taken care of because they control the whole ecosystem, but Android needs manufacturers to believe in the community.

As I mentioned above, one issue that needs unity between hardware manufacturers and software devs is in creating a true FaceTime competitor, or popular video chat app over 3G. There shouldn&#8217;t be a need to develop a FaceTime competitor, but Verizon has locked up Skype and destroyed the best hope. Fring is the next best option, but they really aren&#8217;t ready for primetime. Maybe Google will build video into gTalk, but the Android community shouldn&#8217;t rely on Google to do all the heavy lifting. Either way, the software devs can&#8217;t wait for the hardware, and the hardware can&#8217;t wait on the software. Tablets in general are a new beast, and the iPad doesn&#8217;t need to be the template that is copied. Manufacturers and devs need to build simultaneously and work towards a common goal of evolving the Android platform beyond just what Apple considers a tablet.

3) Gaming
This is the big one. Android fanboys can try to claim that the lack of triple-A games is offset by the existence of emulators in the market, but really it&#8217;s not. Android still lags behind Apple in gaming and having big name devs like GameLoft selling their wares outside the market isn&#8217;t helping. Google has made a number of gaming related acquisitions[3] of late, but whatever they are planning likely won&#8217;t be ready until Honeycomb, so once again the 3rd party devs need to pick up the slack. This is especially important with the coming of tablets, not only because of the larger screens, but because many tablets will not have always-on Internet connections, and so there will be more emphasis on uses outside the browser. Android has a Kindle app and plenty of video options, but the gaming still needs work.

4) The Google Experience
Currently, Google requires that Android devices[4] meet certain minimum hardware requirements (i.e. GPS, accelerometer, camera, a minimum number of buttons, etc.) in order to have access to the Marketplace, and therefore access to basic apps like Gmail. Tablet manufacturers need to adhere to these guidelines and offer the true Android experience. Some tablets have already launched without passing Google&#8217;s Compatibility Test, and therefore without the Marketplace; most notably the new line of Archos tablets[5].

The Marketplace may be a bit of a mess, but if users can&#8217;t even get access to basic apps like Gmail, it degrades the user experience, and that will affect word of mouth advertising. The open philosophy may be the life-blood of Android, but the Google Experience is the backbone.

5) The Android Community
I&#8217;ve mentioned it throughout this article, but ultimately, the Android community needs to become just that &#8211; a community. In order to build up the Android platform as a whole, hardware manufacturers need to push each other to be better, while at the same time coming together on key things like front-facing cameras. Software developers need to create applications that work across the board, and not get locked into exclusivity deals with certain devices or carriers like Swype and Skype. Lastly, we as the users need to keep everyone honest and make sure everything keeps moving forward in a direction in which we approve. That is the biggest part of an open-source community that many Android users haven&#8217;t grasped yet: it&#8217;s a true democracy that can evolve. A closed system cannot evolve, it can only iterate and react, because there aren&#8217;t enough forces for change that are free to act upon it. An open system can evolve because there are so many forces pushing and changing the system. We can not only say how we think the future should be, but we can truly have a hand in getting there. That&#8217;s something no iPhone user will ever be able to claim.

This is the first editorial written by new TGM writer Michael Heller. Please help me welcome him to the family. This won&#8217;t be the last you hear from him.
Last edited: Sep 8, 2010
R

Great article. Thank you for the wonderful work putting it all in perspective in a concise article.

If I may be so bold to suggest....they need an AGRESSIVE marketing campaign. The competion with other smartphones & tablets is pretty tough...when the G1 phone emerged there was some cool marketing, but it was a bit tame compared to the iPhone....and the Motorola Droid marketing was more interesting & eye-catching & it made the Droid more "cool" and like "the thing of the moment" compared to the iPhone; but it's all been very adolescent compared to apples mass marketing of their "i" components.

The general public needs to be educated as to how proprietary and locked in they are to the apply control....

Imagine the "John Hodgman as PC and Justin Long as Mac" tv commercials if it was "Android vs Mac" commercials: Android say I have a usb port on my tablet for connectiong to printers & cameras & other tablets" & Apple says I don't have USB for any of that stuff...but if you buy this extra connector cable thingee you can try to connect to a...u,mm, a...ummm, a whatever.." It's that level of "dumb" marketing that really makes the common purchaser take a second & say "hey, why DOESN'T this 'I' thing hav a 'X' feature" ?

Some of that has been detailed by the "Droid Does..." campaign...but it's not as simple, direct to the point & comparing to the apple product.....and def not as cool.

So the marketing HAS to set up to really grab those customers that are just kinda buying blindly without really knowing what they are getting into...

matildaleon said:
If I may be so bold to suggest....they need an AGRESSIVE marketing campaign. The competion with other smartphones & tablets is pretty tough...
Click to expand...


It's true that Android would benefit from marketing, but Google doesn't really advertise. They rely on word of mouth and the media. Besides which, Android has basically already moved ahead of iPhone in the smartphone market.

Google leaves the burden of marketing on the handset makers, and I think Verizon, T-Mo, Motorola, HTC and Samsung have all done a pretty good job with marketing (though the Droid commercials can be a bit creepy.) Moving forward it will stay on those manufacturers and carriers to advertise their devices. I don't expect Google to jump into that game.
You must log in or register to reply here.

Computex Will Bring 10 New Tablets from Intel, Some of Them Android