Yesterday at the announcement of the Android-based ARCHOS 5 Internet Tablet the company left a big ol hook out there with a huge piece of bait that everyone is biting: the ARCHOS Phone Tablet! The phone will sport a 4.3-inch touchscreen, 854×480 resolution and run on a 1GHz processor all in a casing only 10mm thick Thats less than half an inch. HOLY COW! 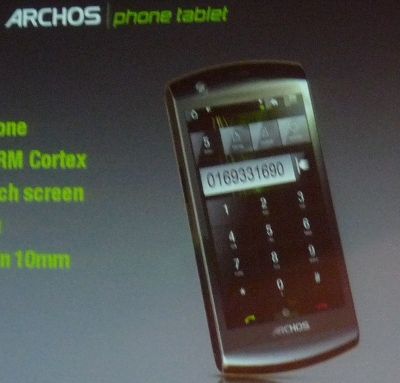 A compareable device on the market now is the Toshiba TG01 which runs Windows Mobile, but ARCHOS is promising to tie in a whole truckload of multimedia features that could make this an amazingly promising device. While the upcoming ARCHOS 5 Internet Tablet has voice capabilities and a microphone, its only able to make calls using VoIP over Wi-Fi, the ARCHOS Phone Tablet will be available through mobile carriers. At least we hope. 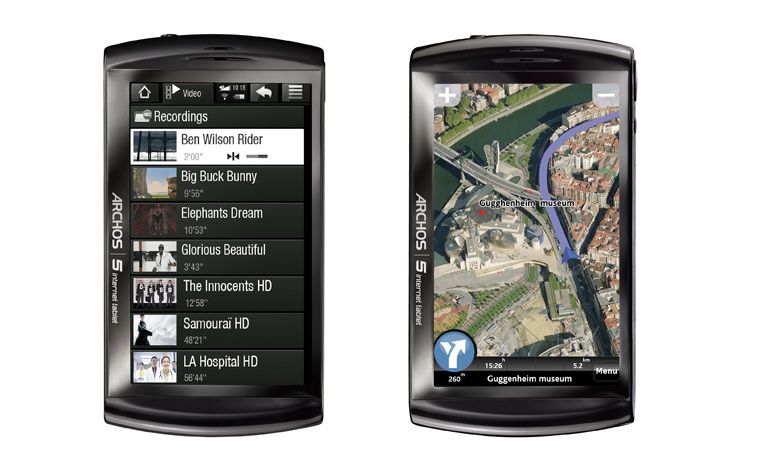 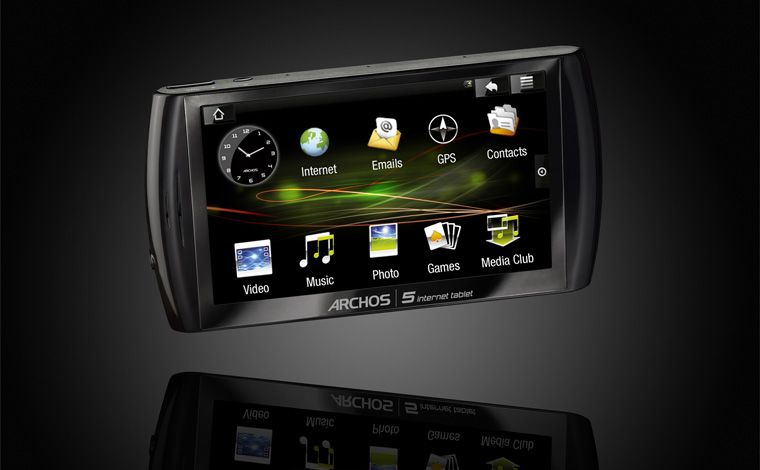 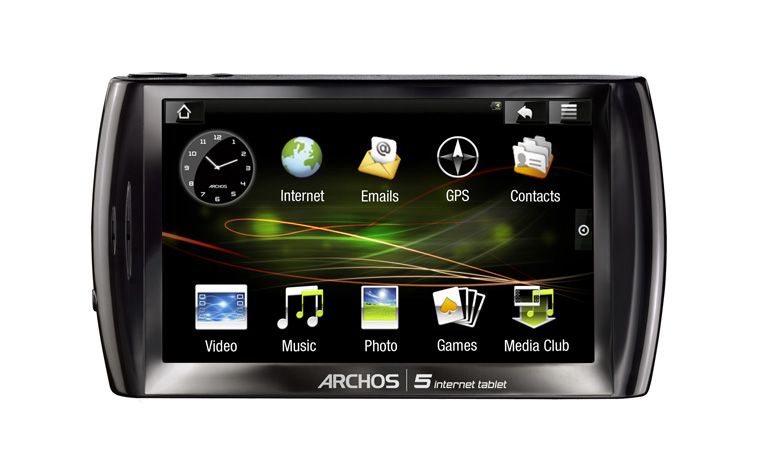 What happens when you combine two budding trends, ARM-powered mobile Internet devices and Googles Android OS? The Archos 5 Internet Tablet, a handheld device thats not quite a PC, but faster and more powerful than any portable media player, Archos own included.

Like a PMP, it has a Web browser, 4.8-inch touchscreen (a size too large for a phone), and plenty of space to hold your digital photos, music, and videos (flash models also have an SD card slot). But like a smart phone it has Androids interface, and an integrated GPS receiver.

Although you dont get full Flash support for watching YouTube or Hulu on this device, Archos device will become more compelling once Adobe issues an update for Flash 10 that works with ARM-based processors. Heres our first take on this promising PMP.


In our hands-on, the stainless steel tablet felt light yet sturdy in my hand. If you get a hard drive rather than a flash-memory model (more on capacities at the end of this post), the device might feel a little thick, but still lightweight enough to be portable. The slightly textured finish on the back side was a nice touch.

Although the tablet has resisitive touch, whose dual layers often leave people jabbing, say, ATMs in frustration, this one is pretty responsive: we were able to make smooth, single-fingered gestures, such as swiping, without a problem. Add in Androids candy-colored, intuitive interface, and the Archos 5 is very satisfying to use. Theres also a stylus that pops out of the back and doubles as a kickstand for propping up the tablet while youre watching video (we prefer that use to the stylus).

The Archos 5 promises to output 720p video, but youll need a pricey (around $100) station that plugs into your TV. Although the video was smoother than we would have expected, it still lagged enough to make us think this particular feature is little more than a gimmick. We were more impressed by the Web browser, whose tabbed interface makes it accessible to lots of users. As we said before, though it doesnt support full Flash; sorry to disappoint you, YouTube fans.

Rounding out the feature set is the GPS receiver; between the large 4.8-inch screen, a size similar to what youd find in a standalone GPS unit, and the attractive 3D maps, we think you can easily get away with using the Archos 5 instead of a personal navigator.

So what about apps? Therare 12 pre-loaded apps on the device, and Archos says there will be about 300 available from the Archos AppsLib store at launch. The company promises to have 1,000 apps compatible by the end of the year.

The device costs between $250 and $430 depending on whether you get a flash model (8GB, 16GB, or 32GB) or a hard drive model (160GB or 500GB). One set of maps (your choice of location) comes included in the price. Want to learn more? Check out the hands-on video and gallery of photos below.

I've been enjoying my new Archos 5 Android table (16GB) and it really is a great device. I'm also a new owner of a HTC G1 (recovering crackberry addict) which also has Android 1.6. It has been interesting noticing the differences, so I thought I would post about it.

Please do not take this is as criticism of the A5A. It has a different purpose so of course it will have different features. I am merely pointing these out because sometimes it is hard to find out some of these little details...


On the whole, I am very pleased with Android on the Archos. It makes for a very powerful device. It has everything else my G1 has... Wifi, Bluetooth, GPS, microphone, speaker, accelerometer, microsd card slot.

I am looking forward to the newer devices though...
C

I have the A5IT and I LOVE it. You can get the market and all google apps by installing an apk that has them all bundled, and copilot live makes a great navigation app. I have no complaints about it except that it seems slow for the processor. I did not know the kickstand doubled as a stylus, I am going to have to investigate.
J

Does anyone know if they sell screens for the archos 5.. i can replace it if i can find screen.. to replace it cost 150 plus shipping that is about half of what i paid for it.. (it's only 4 months old now)

There is a news on liliputing .com says that ARCHOS 5 Internet Tablet which runs Android 2.2 would be charged at 600$ to 1000$ from U.S. local vendors. The local suppliers claimed that it's not sure about the exact price now, and the prices would fluctuate according to different apps the buyer choose to install.
You must log in or register to reply here.

Archos 5 Internet Tablet - can it play "Unblock me"?

A
archos tablet and usb internet..HELP